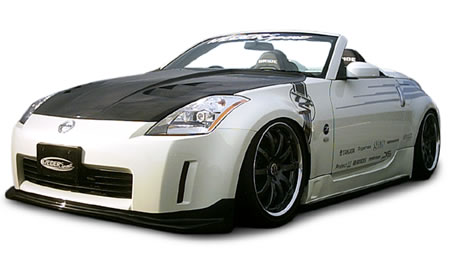 The simply fitted Front Lip Spoiler in a split second changes from the “Wide and Fat” image to a sharp one.
It is the lower part of this Front Lip Spoiler to be characteristic and has been built in with the Under Panel which attracts great importance to aerodynamics.
The Under Panel functions as both a brake chilling effect and rectification effect. The performance shows its power in the circuit.
In addition the design is emphasized to create a unified feel to it. The Side Step Rear Under Spoiler is modeled in the same way.
We will recommend to users who do not want to break with the original taste.